Founded in 1977 by only 50 farmers, Cooperativa Agraria Cafetalera Pangoa grew quickly, reaching a height of 1,700 members in the early 1980’s. Despite its promising beginnings, however, the group suffered great losses as its membership was diminished by violent political tensions that arose during what came to be known as El Periodo del Terrorismo. As the conflict continued through the 1980's, peasants increasingly became the target of violence, first on the part of the military, and later by the insurgent group Sendero Luminoso (Shining Path). Many farmers fled to urban centers to escape the violence that persisted in the countryside that forms much of the Pangoa region. The cooperative continues to grow and recover, counting 700 small-scale farmers among its membership, can continuing to serve its mission to make a positive economic and environmental impact on the lives of Peruvian coffee producers.

Since its inception, Pangoa has maintained an internal agreement to invest 3% of all sales for organizational and community development. So far, Pangoa has invested premiums from its Fair Trade coffees into diverse programs to assist its members, among them: an educational lending program to assist parents in covering university fees; a health fund to provide interest-free lending to members in need of medical care; a Women’s Development Committee to provide equal representation for female growers; specialized women's health care services; a tree renovation program; and member death benefits to cover funerary costs on behalf of members' families.

In addition to investments in social service programs, Pangoa has also developed its coffee production capabilities, including the construction of wet processing plants and improvement of drying patios. In recent years, Pangoa has initiated several projects to diversity income opportunities for its members, including production of cocoa and honey, roasting and sale of coffee to local markets, and promoting a budding ecotourism industry.

Pangoa represents growers located throughout the Peruvian region of San Martin de Pangoa. Located just east of the Andes, the area ranges over a diverse terrain, with farms at elevations from 1,000 to 2,000 meters in altitude. An array of Arabica varietals are produced in the region, including Bourbon, Typica, Caturra, and Pache. Farmers in the Pangoa region produce a coffee that is distinguished by a medium acidity and body, with notes of rich cocoa, almond, and berries. 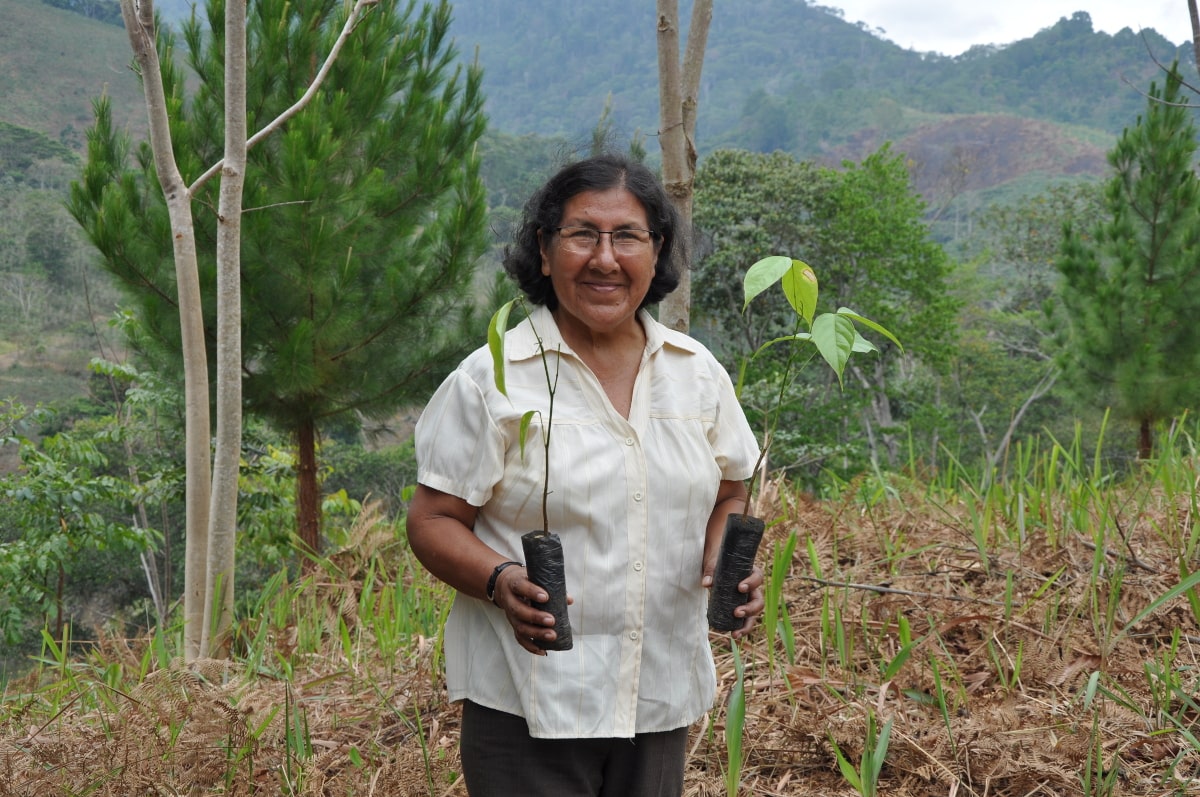 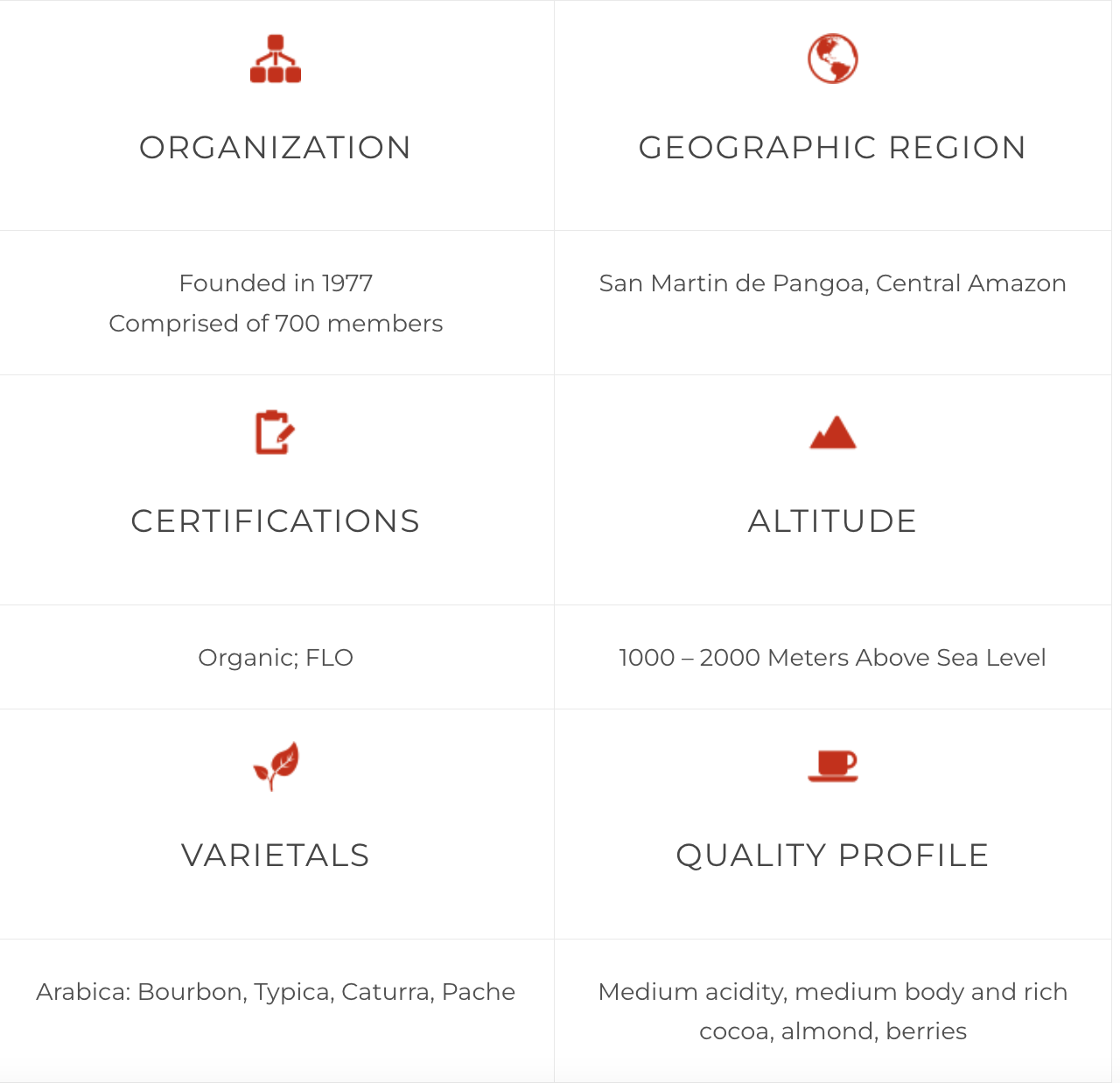