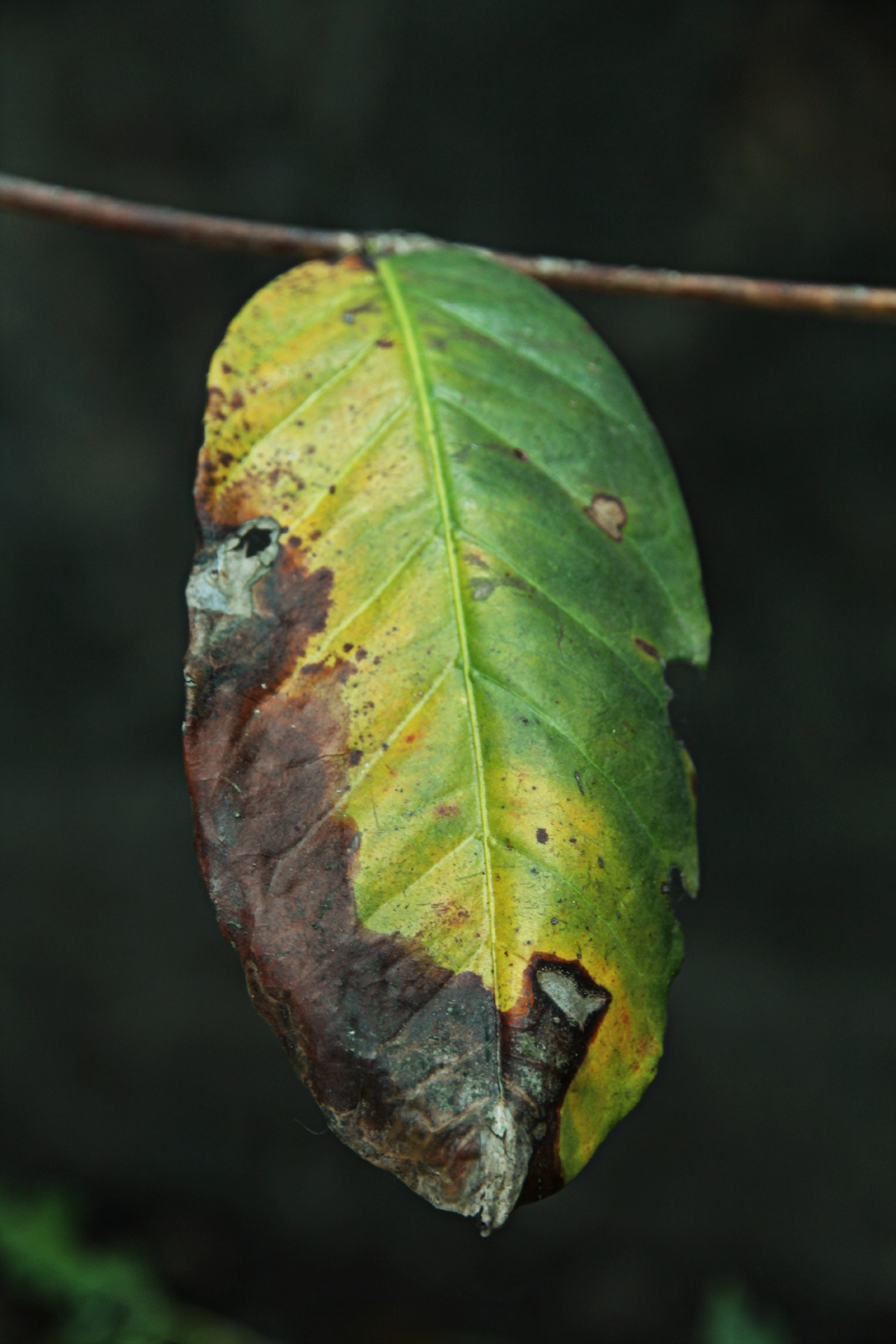 Roya- or coffee “rust”- is an orange fungus that grows on the leaves of coffee plants, causing them to whither and fall off. It reduces coffee production and eventually causes plants to die, and it is quickly spreading through Central America. We witnessed the effects of roya during our trip to Guatemala in January, and shortly after our return, the Guatemalan government issued a national coffee emergency, anticipating some 70 percent of its 2013 coffee harvest to be affected by the fungus. Bill, who on the trip visited the same small-scale farm of Chel-based Pedro Pacheco Bop that he visited in 2011, saw a drastic change. “I was shocked. It was not the lush green coffee forest that we saw 2 years ago. His farm was noticeably different.” Roya has affected other coffee growing regions in the past, most notably devastating coffee crops of the British Ceylon (or modern-day Sri Lanka) in the 1800s, and later affecting coffee crops in Indonesia and Brazil and some areas of Central America and the Caribbean as recent as 30-40 years ago.

Scientists remain undecided on what is causing the outbreak. An increasingly changing climate- where longer periods of wet and warmer temperatures are reaching high-altitude coffeelands- is one culprit. But John Vandermeer, a scientist at the University of Michigan, believes that an ecosystem damaged by the excessive use of pesticides and fungicides is to blame. For example, a white halo fungus, which has helped to keep coffee rust in-check, has been nearly eradicated through chemical applications in Central America that have also killed off the insects that help germinate it.

Coffee industry professionals throughout Central America are looking to get the fungus under control, and small-scale farmers like Pacheco Bop will turn to his cooperative, the Asociacion Chajulense, for expertise and technical help on how to deal with roya. Bill sees this as a critically important role that the cooperative plays. “The coop has technical advisers on staff who are working on this right now,” he said. “And this is an example of another moment where being a part of a larger organization and working together and collaborating is the best way for the farmer to get through this,” he said. The effects of a diminished harvest will be especially bitter for the coffee farmer this year, as the price of coffee has dropped from last year’s near 15-year high. “They’re not getting nearly the amount of supply, so they’re getting affected by the negative trend of production and the negative trend of pricing,” he said. “Just when it looks like it is getting good, then watch out… such is the life of the farmer.”

Café Campesino will continue to be committed to learning more about roya and responding to the needs of the cooperatives at origin. “The best thing we can do is support whatever decisions they make,” said Bill.