Sustaining Community: The Work of the Modern Coffee Professional 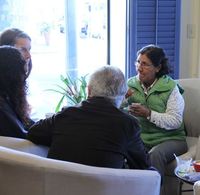 Esperanza meeting with a group at our
Americus coffee house.

In Spanish the word “esperanza” means hope, so it is fitting that one of fair trade coffee’s most hopeful protagonists would be named Esperanza. Esperanza Dionisio Castillo leads Peru’s CAC Pangoa cooperative, a farmer-owned enterprise of some 700 campesinos headquartered east of the Andes mountains.

As Pangoa’s general manager, Esperanza is charged with (among other things) bringing members’ products to market, which keeps her traveling the world to find the right customers. We recently saw Esperanza in Americus in April of 2016 when she visited alongside some 40 other producer partners who were here to deepen trade relationships with Cooperative Coffees’ roaster-members and share best practices among themselves.

A special occasion for roasters, farmers and sustainable coffee professionals, this two- day gathering after the Specialty Coffee Association of America’s (SCAA) annual conference , which was held this year in Atlanta, transformed historic downtown Americus into a hub of international coffee activity. Ethiopians, Quebeckers, Laotians, Ugandans, Hondurans, Canadians, Indonesians, Mexicans, Peruvians, (too many nationalities to name) filled our coffee house, visited our roastery, walked our downtown and met for several hours to brainstorm the future of sustainable coffee. It was the perfect “SCAA after-party” (or “after-retreat”) for folks looking to reconnect on principles, deepen friendships and set win-win goals for meaningful trade relationships over the next several years.

Esperanza came to party with honey. Peruvian harvested, Pangoa- produced coffee-flower honey whose citrusy sweetness is cultivated in the shaded mountainsides of Peru’s Central Amazonian region. If Esperanza thought she might see you at SCAA or in Americus, she prepared by bringing you a sample of honey. Latin American honey has long been a popular import item for certain European countries, but much of the North American craft food market still prefers its own, locally harvested honey. 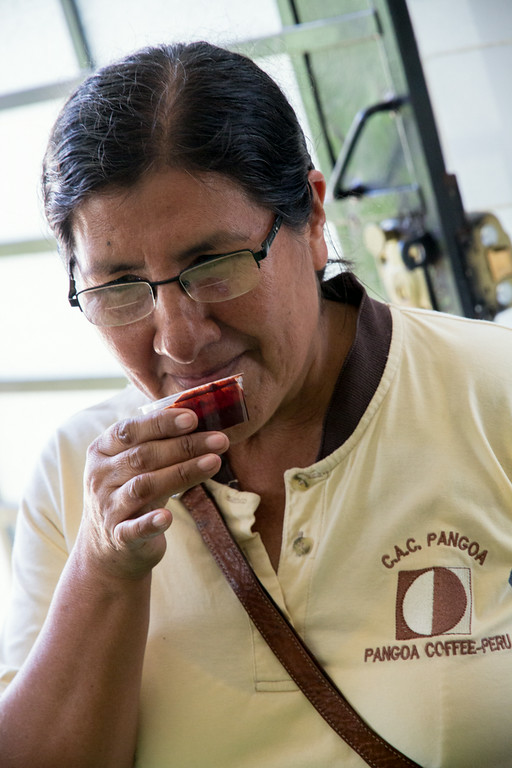 But still, Esperanza was hopeful. She brought Bill and others samples believing that one day there would be enough interest in Pangoa honey that it would fill an export container in the same way coffee travels to the U.S. and Canada- by the thousands of pounds.

Esperanza was also here to talk cacao. Grown at lower altitudes than coffee, cacao is another important agricultural crop for Pangoa members, enabling the cooperative to diversify its income. One new cacao customer for Esperanza is Atlanta-based, bean-to-bar craft chocolatiers, Elaine Reed and Matt Weyandt of Xocolatl, who first met Esperanza through Bill’s introduction. Now we are all looking forward to tasting Xocolatl’s first Pangoa chocolate bars, which should be available sometime in the next year.

Some 3,000 miles from her farmer constituents Esperanza was tirelessly working to meet her farmers’ needs. Not only did she delve into conversations about how to improve coffee yields and mitigate climate change’s negative effects on production, but she was also ready to sell additional products at every instance- to leverage her coffee contacts for additional income for farmers. Esperanza, like so many other farmer representatives who traveled to the U.S. for the SCAA expo, was building connections to help her community. One producer partner summed up their efforts: “We do this to help those who have the least among us. They need us to keep them in mind.” 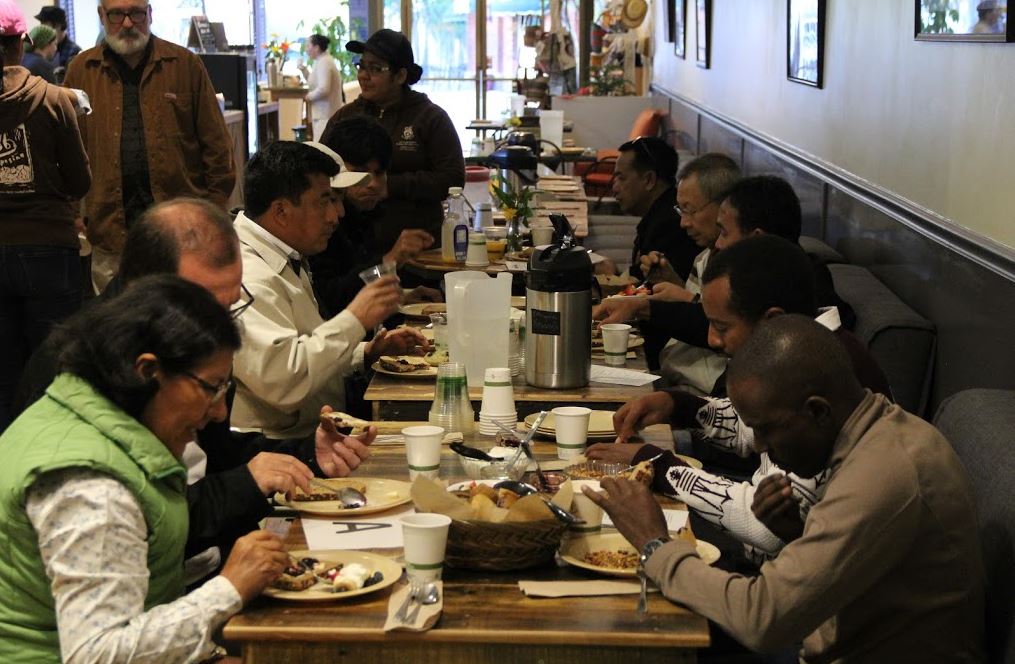 Esperanza (left) having breakfast in our Americus coffee house during a 2016 visit with some
40 other sustainable coffee professionals from around the world.